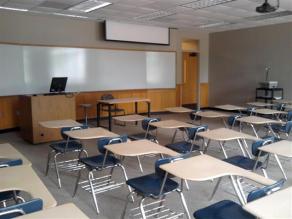 We all have debts, and most of them aren’t financial either. I realized one recently while I was reading Gregory Hays’s translation of Marcus Aurelius’s ancient philosophical journal, the Meditations. Book one of the Meditations begins with a section entitled “Debts and Lessons.” In this section Marcus briefly summarizes the positive things he learned from various people in his life while growing up, and this got me to thinking about a debt I have from an earlier time in my life.

I went to college like so many high school graduates because I wanted to “get an education” and then get a job. At the time, of course, I really wasn’t sure what I wanted to do in life; most of us aren’t at that age. And I wasn’t sure exactly what getting educated really meant. So I began college by signing up for a number of general education courses at the local community college. One of the courses was Philosophy 101. At the time, I didn’t know much about philosophy and didn’t know exactly what to expect, but I did know that “Phil 101” was available and it fulfilled my general education requirements. The course description also made taking philosophy seem like a no brainer. The course catalog described the study of philosophy something like this:

The study of philosophy serves to develop intellectual abilities important for life as a whole, beyond the knowledge and skills required for any particular profession. Properly pursued, it enhances analytical, critical, and interpretive capacities that are applicable to any subject-matter, and in any human context. It cultivates the capacities and appetite for self-expression and reflection, for exchange and debate of ideas, for life-long learning, and for dealing with problems for which there are no easy answers. It also helps to prepare one for the tasks of citizenship. Participation in political and community affairs today is all too often insufficiently informed, manipulable and vulnerable to demagoguery. A good philosophical education enhances the capacity to participate responsibly and intelligently in public life. — The American Philosophical Association (APA)

After reading a course description like this I was sold. It sounded like what getting educated was all about. (To this day I would say the description above is the best and most accurate way of describing the benefits of a philosophical education.) Philosophy 101 was an introductory course, but I suspect it might have been the only philosophy course some of my unsuspecting classmates completed. Philosophy isn’t easy, even at the introductory level. You have to do something a lot of people at that young age aren’t always ready to do, and that involves thinking deeply and critically. It’s mental work of the highest order. You don’t take Philosophy “for fun” or an “easy three credits.” Those who did were quickly disabused of the notion. You stayed in the class either out of genuine intellectual interest, necessity, or sheer determination. Ultimately, if you stayed and pushed yourself it was very rewarding.

The instructor was Tom Hilton. As I recall, he was relatively new to the college (As of this writing he is still teaching there.). He was a soft spoken man with an easy manner and a gentle approach to teaching. He had a genuine love for philosophy and was a natural teacher. He made the class interesting and engaged us intellectually. He made us think in ways many of us hadn’t even vaguely reckoned at that age. Using the Socratic Method, he forced us to stretch our minds—to examine, to question, to think, to learn, and most of all, to grow. The English word “education” is a derivation of the Latin verb educes, which means “to draw forth from within.” Mr. Hilton was indeed educating us, he was prodding us to engage and exercise our critical abilities. At least that’s how I felt in his class. The very best teachers are those who can get you to engage the subject and think deeply about ideas. That’s how you grow intellectually. It has the potential to change your life. It certainly had an affect on mine.

I took two more philosophy classes from Mr. Hilton. I took Philosophy 102 and a class called Practical Reasoning. Philosophy 102 covered the existentialists. It was a very interesting and very challenging intellectually. I actually still have the text book. Existentialism is very deep, it took some real effort to understand the thoughts of Kierkegaard, Nietzsche, Sartre, Buber, and Heidegger. As with all theoretical philosophy, you had to follow extended lines of reasoning and conceptual complexity. You had to sweat, mentally.  I remember being particularly fascinated by Kierkegaard and Nietzsche. At first I struggled to see through the words to the ideas, but slowly the mental fog evaporated and I began to recognize (I believe) the deep meaning and genius of their work.

Practical Reasoning class was another awakening experience. Mr. Hilton taught us the structure of a good argument and how to detect a bad one. We learned basic logic and how to recognize the vast array of logical fallacies most people bring into everyday discussions and arguments. Mr. Hilton usually began the class with having individual students read articles from The Virginian Pilot newspaper. He would then lead the class in anatomizing the statements and arguments made by the author to determine if they were logically sound and, well, reasonable. The course made me realize just how illogical, and at times totally unreasonable, most of us can be in our everyday thinking; a realization that has been sadly confirmed—tragically and humorously—over and over throughout the years since. The theoretical philosophy I’d learned so far was interesting, but it was this course that really brought philosophy down to earth. All of us, every day, must navigate arguments. These arguments come in many forms, from TV commercial, to newspapers, the political discussion at lunch, to an employee’s explanation (or spin) of an event or problem. All of them are laced with arguments. By “argument” I mean attempts to persuade you. TV commercials about buying a product are, rhetorically, an argument for you to buy something. Our daily life is filled with arguments of some type, situations that require us (if we’re conscious) to reason effectively and decide.

Philosophy is a hard subject to define. In ancient Greek philosophia simply meant “a love of wisdom.” The ancient Greek philosophers Plato and Aristotle philosophized on just about everything. No set of ideas or inquiry was off limits, all domains of knowledge were open to inquiry. I still see the task of philosophy as Aristotle did: a synoptic vision of reality. There’s no exact, settled modern definition of philosophy. Over the centuries philosophy bracketed into various sub disciplines and schools of thought. Look at this Wiki page and you’ll see just why philosophy was once called the “Queen of all Sciences.” Philosophy is really about everything.

After Mr. Hilton’s class I began reading philosophy on my own. I spent years reading through various works of Philosophy. I didn’t end up with a degree in philosophy if you’re wondering. My graduate and undergraduate degrees are actually in management. Both of my degree programs, however, were Liberal Arts based and did contain courses in ethics. Of course I really enjoyed those courses because the discussions centered on philosophical theories and the philosophers who constructed them. I was also fortunate in graduate school to have some very fine professors for those courses. (My hat’s off to Professors Stephen Vicchio and Christopher “Aristotle is the man” Dreisbach of Johns Hopkins University, two exceptional human beings, teachers, and mentors.)

I don’t read very much pure (or theoretical) philosophy now. The truth is, as Moses Mendelssohn once said about one of Immanuel Kant’s books, it “consumes the fluid of the nerves.” You have to be in a certain mindset for that type of reading and thinking. I’m talking primarily about epistemology and logic. I still read and enjoy the practical philosophers like Aristotle, Epictetus, Marcus Aurelius & Cicero, along with the many modern philosophers. Practical philosophers are generally interested in politics, ethics, society, personal development, and many other practical affairs. It’s reading that has a direct impact on my thinking. And of course my interest in philosophy naturally led me into many other areas of the humanities, especially history.

So it was Mr. Hilton, in that community college class room (circa 1987), who first sparked my interest in philosophy, ideas, and great thinkers. It hasn’t provided me with any professional status or fame, but it has shaped my perspective in many positive ways and enriched my life. It was, as Mark Twain said, a “conspicuous link” in the chain of my being and for that I’m very thankful to Tom Hilton.

View all posts by Jeff Wills

2 thoughts on “Debts and Lessons”